Review: The Fall of Lisa Bellow

The Fall of Lisa Bellow by Susan Perabo
My rating: 4 of 5 stars 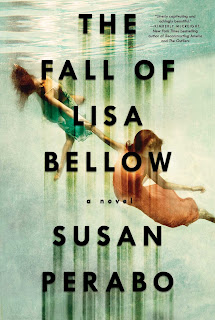 This book. I liked it a lot. I was I liked it a lot. I'm generally not a fan of open-ended novels and usually find books that are intentionally ambiguous. I usually stick pretty firmly to the idea that if an author starts a story they better damn well finish it and if they are going to start a novel it should probably have some sort of point and the books that don't usually fall somewhere between obnoxious and pretentious. Obviously that is me broadly stereotyping but stereotypes exist for a reason and they don't deny the existence of outliers. "The Fall of Lisa Bellow" is an outlier. It is vague, and open-ended, and it doesn't tell a story so much as it stops in and watches one family and paints a portrait of a family living in the wake of two very different life altering traumas experienced by each of their children. This novel was a very quick read and written in a tone that is both haunting in it's simplistic while observing how complex it is to be human. How hard it is for a mother who's instinct is to fiercely protect her children only to have life show her how little say she has in the matter. A teenage girl who witnesses something extraordinarily awful happen to someone she didn't like on a very basic normal teenage level. The inner murkiness that results from guilt, guilt from being the one left behind, not knowing what to do with the hate she always had for her school's most popular, shallow, "mean girl" and the fact that the last thing she ever heard and saw that mean girl do was say words of kindness and attempt to give comfort. A brother/son trying to balance surviving his own traumatic freak occurrence while helping a little sister try to get through hers. A father who desperately wants to be able to make everything better with presents, hope, and optimism. "The Fall of Lisa Bellow" doesn't provide much in the way of neatly tied up ends but shows a beautiful example of human resilience and determination to move forward through life even if it's by way of a convoluted path.

Review: Once Upon a River

Once Upon a River by Diane Setterfield My rating: 3 of 5 stars The plot was extremely slow, there were a...

A Court of Frost and Starlight
by Sarah J. Maas

Royals
by Rachel Hawkins
OK. Straight up, I liked this book! Don't care what anyone else has to say about that. It was a quick, fun read, and it finished before I was ready to leave the characters. In my opinion that’s a book that has succeeded. Yes, this is bas...

Rebel of the Sands
by Alwyn Hamilton